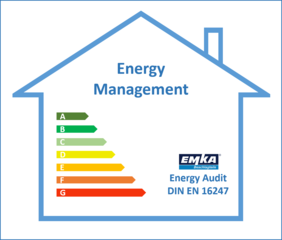 EMKA fully complies the requirements of the new Energy Efficiency Directive for companies that are not small or medium-sized enterprises (non-SME) released by the European Union. The company has conducted corresponding audits to analyze the specific energy consumption at its production facilities in Germany, England, France and Spain.
In April 2015 the Law on Energy Services and other Energy Efficiency Measures (EDL-G) came into force in Germany. It follows the measures implemented in the EU Energy Efficiency Directive DIN EN 16247 which signifies that non-SME have to localize and identify their energy consumption by at least 90 percent. EMKA has accomplished this value in all six production facilities that were audited in four different countries. EMKA has even exceeded the expectations and plans to repeat the analysis every 12 months.